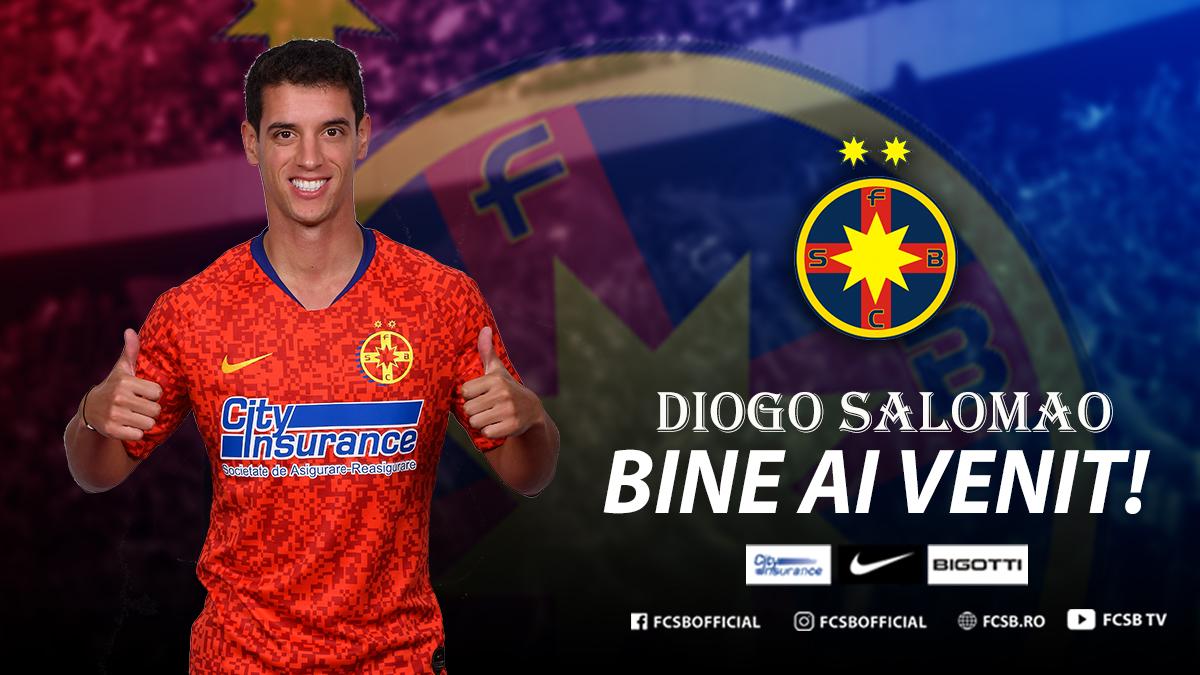 FCSB hereby announces that Diogo Ferreira Salomao will play for our team this season.

The 30 years old forward has signed the contract on Tuesday and will begin training under Bogdan Andone's command. Diogo will wear shirt number 24.

Our club welcomes him and wishes him good luck in the red and blue shirt!

Diogo Ferreira Salomao was born on September 14th 1988, in Amadora (Portugal) and started playing for Estrella Amadora. Throughout his career, he has played for Casa Pia, Real SC, Sporting Clube de Portugal, RC Deportivo la Coruna and RCD Mallorca. In July 2017, he signed with FC Dinamo București, for whom he played 61 games, scored 15 times and offered 17 assists. Between February and May 2019, he defended the Saudi Arabia side Al-Hazm shirt.