There is no sports addict in Romania who couldn’t answer the question: „Who is Steaua Bucuresti/FCSB?”. The supporters will say: „The best team in Romania!”. The opponents wil answer the same thing, even though they don’t like it. And that is because results are undisputable.

More than 70 years ago, it would have been impossible to assume that Steaua will achieve greatness. For sure, neither commander Traian Săvulescu, nor General-Major Oreste Alexandrescu, General-Major Dumitru Petrescu or Mihail Lascăr, could ever imagine that the Army’s team would someday become the Queen of Europe. 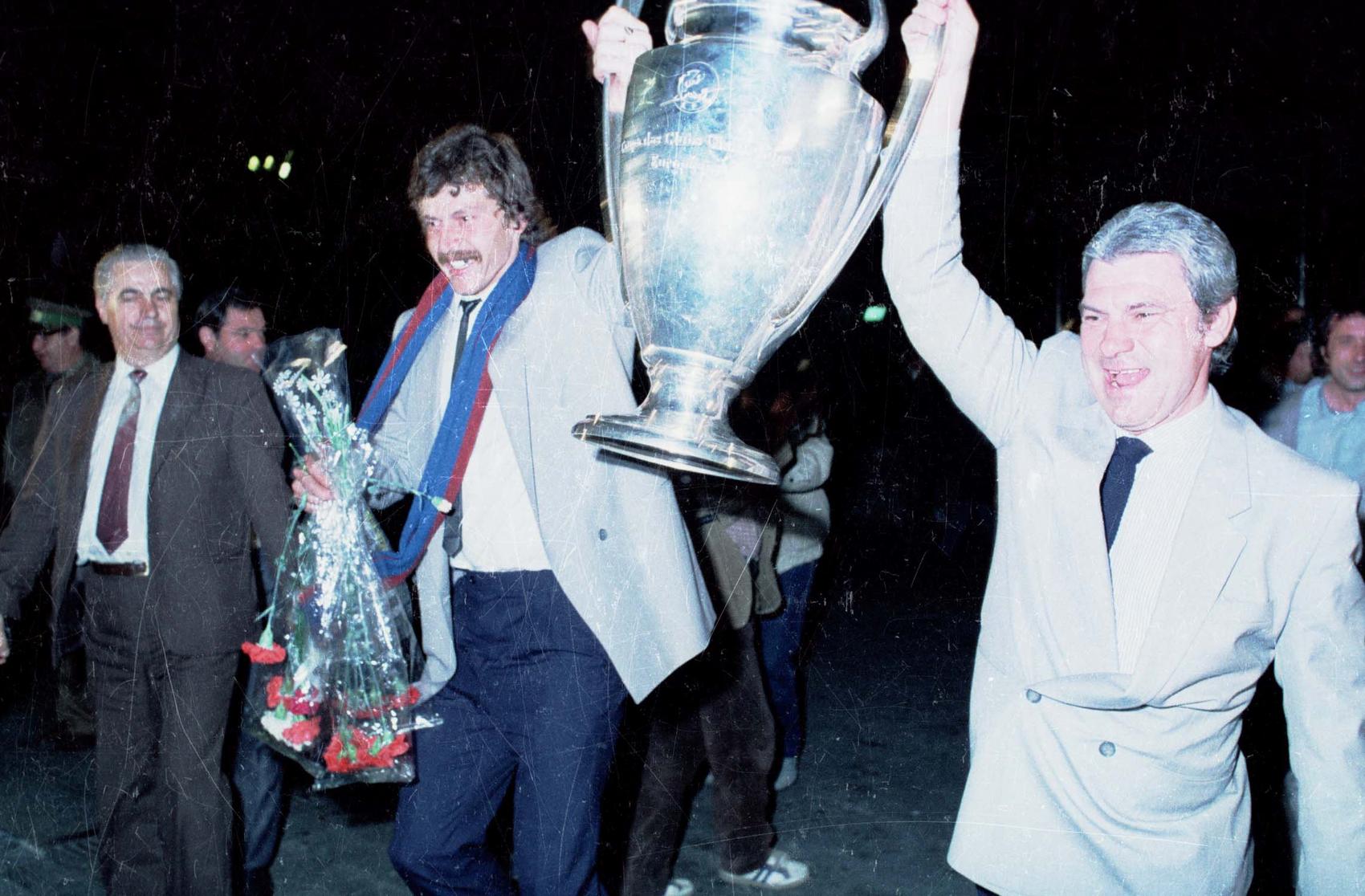 1986, Otopeni - Emeric Ienei and Helmut Duckadam present the UEFA Champions League trophy to the tens of thousands of people
welcoming the team at Otopeni Airport
It is certain that our club’s adventure in Romanian football has begun on June 7th 1947, when the Minister of War, General Mihail Lascăr, signed the decree that established Asociația Sportivă Centrală a Armatei (Central Army Sports Association). The next logical step was to appoint a manager, Coloman Braun-Bogdan and to create a roaster. “Recruiting” was done by publishing ads in “Glasul Armatei” newspaper and the players who answered the call were tested between June 8th and June 22nd 1947.

A few weeks later, Carmen, another team from Romania, was excluded from the first league on political reasons, that had nothing to do with our club and, therefore, a place was available for the Army’s team.

The beginning was tough and the team barely avoided relegation in the first year. But success was knocking at the team’s door and the first trophy, the Romanian Cup, arrived in 1949. Soon after that, in 1951, CSCA (the team was renamed like this from ASCA) won their first champions title. 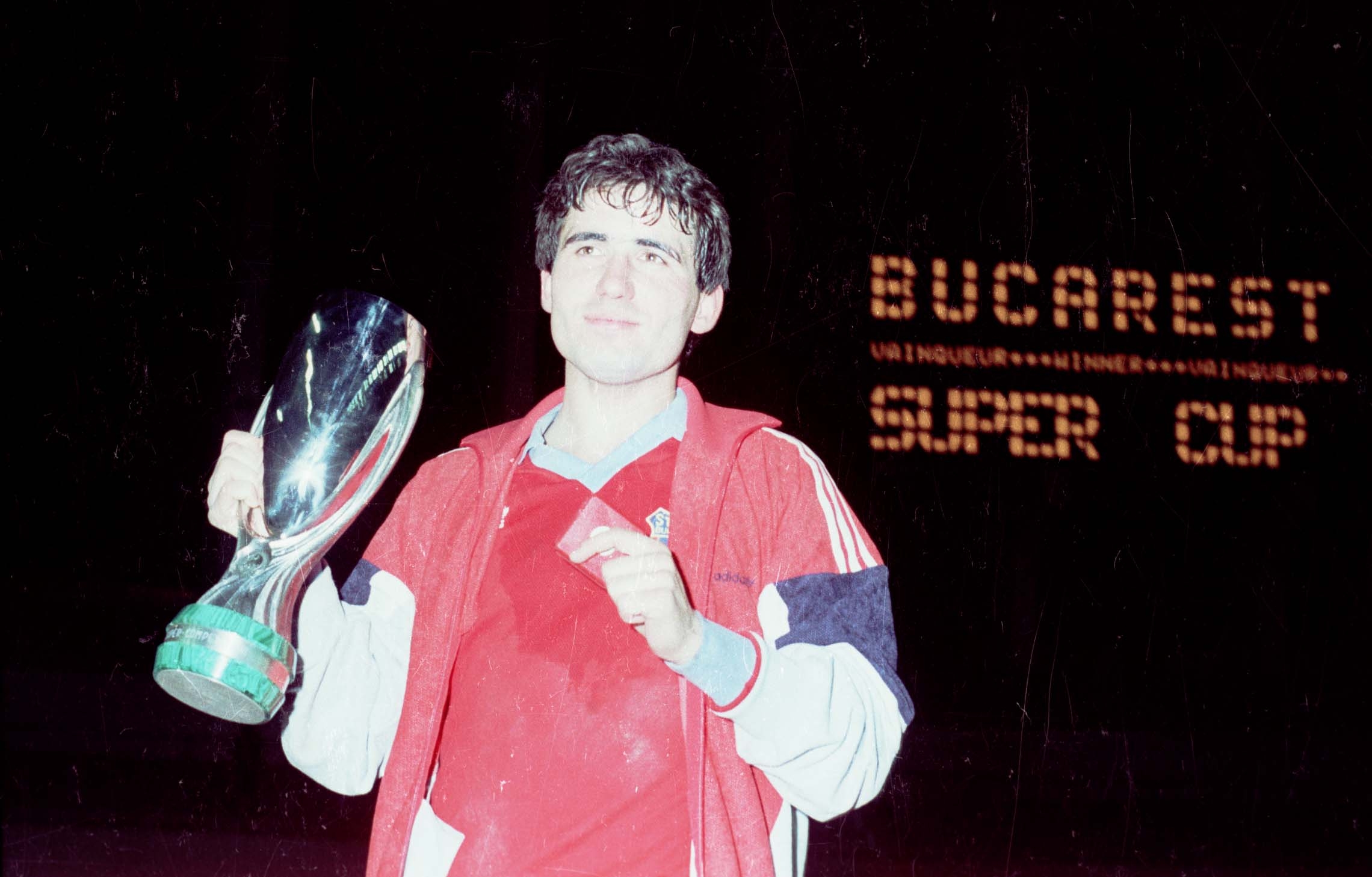 Gheorghe Hagi posing with the UEFA Super Cup, a trophy won thanks to his free kick goal against Dinamo Kiev, on February 24th 1987
The club rebranded itself by changing the name to CCA, a name that was similar to glory in the 50’s. The first game in European competitions took place in 1957 and was followed by a series of domestic leagues and cups. At the beginning of the 60’s, the club was renamed Steaua and this was the name that made history in Europe, especially in 1986 and 1987, when our team won the UEFA Champions League and UEFA Super Cup. The 80’s were the best in the domestic competitions, where Steaua achieved a streak of 104 games without defeat (it still is an European record). Also, the red and blues played another UEFA Champions League final, in 1989, which they lost against AC Milan.

In 1998, the football team was separated from the Army’s club, based on decisions of FIFA and UEFA, that stated that no club supported by the government should participate in professional competitions. Also, in 2003, the club became totally private. 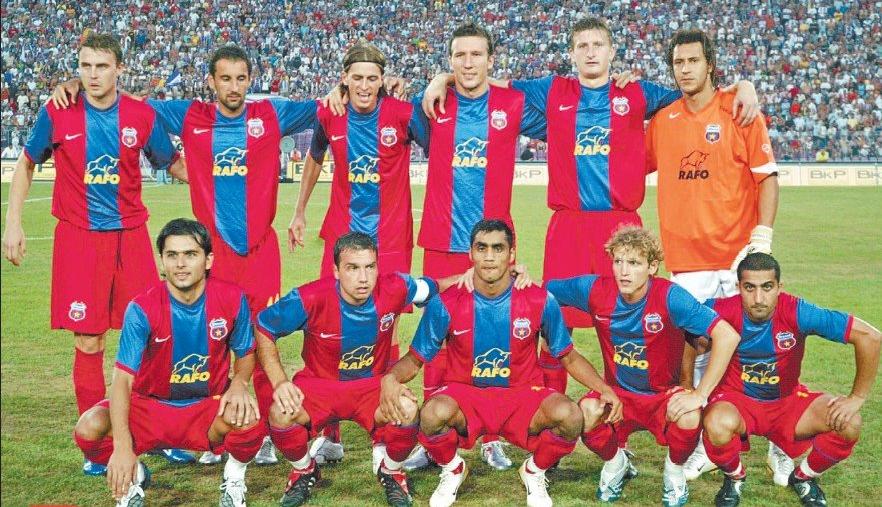 The starting line-up against Rapid, on April 6th 2006, a day that remains in the history of Romanian football.
Steaua advanced to the semifinals of the UEFA Cup, after a 0-0 draw on the National Stadium.
Time has shown that, regardless of the political regime, Steaua has always been the best representative of Romanian football. Besides the great results of the 80’s, the team has achieved another UEFA Cup semifinal in 2006 and many participations in the group stages and knock-out rounds of UEFA Champions League and UEFA Europa League, all between 2003 and 2018. In 2017, following a Court decision, our club was renamed FCSB.

These are unique figures, that make FCSB the most successful club in the history of Romanian football. Figures never lie! 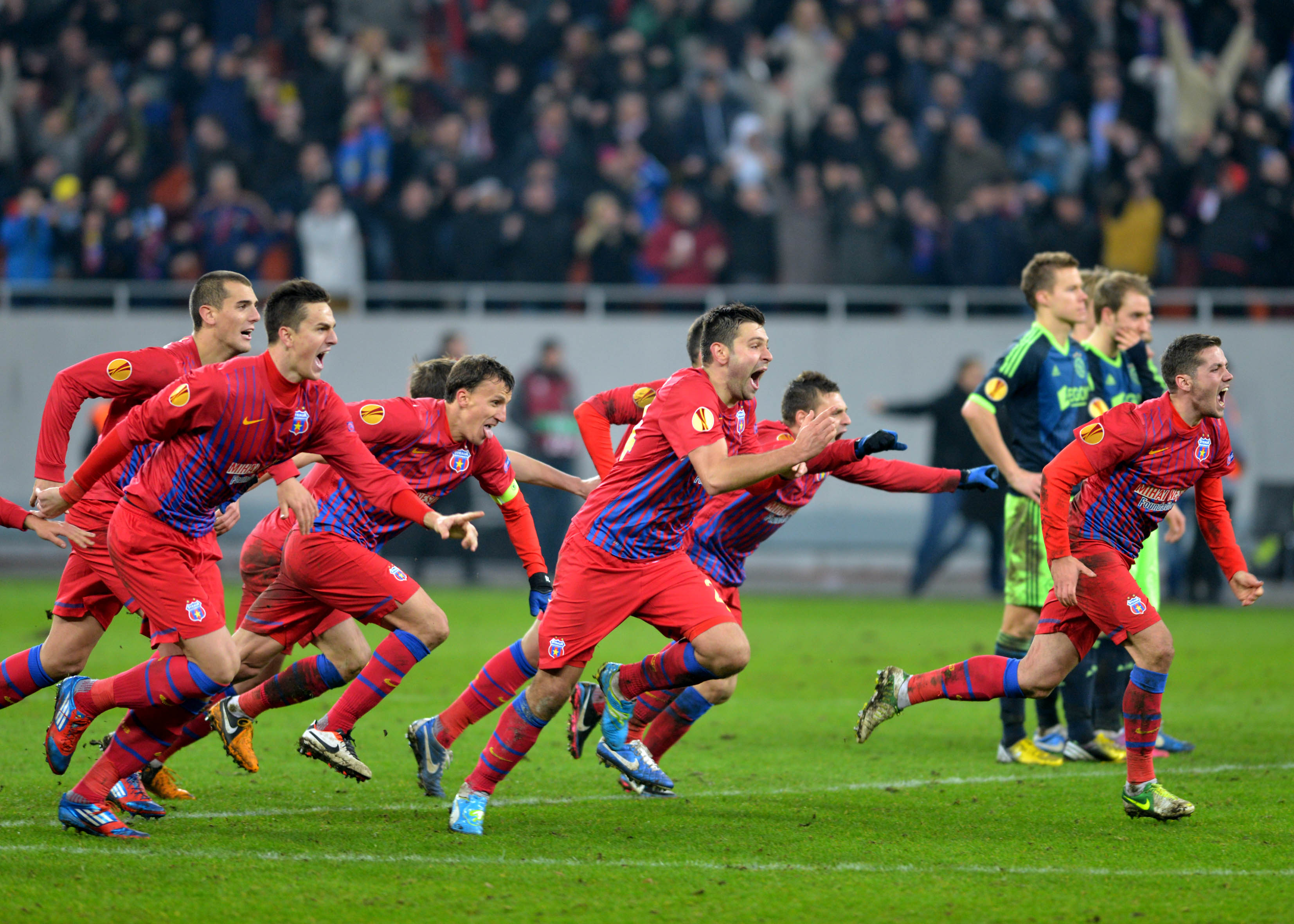 The red and blues knocked-off Ajax, after 0-2 in Amsterdam and 2-0 in Bucharest (4-2 after the penalty shoot-out),
in the UEFA Europa League last 32