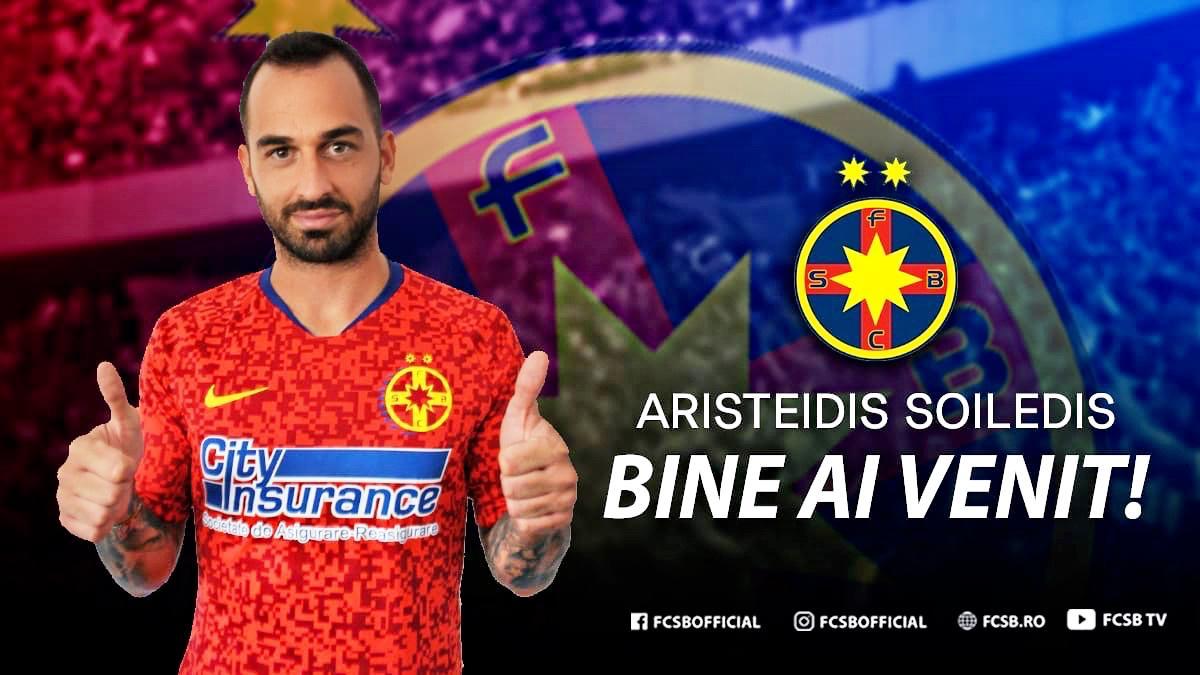 FCSB has reached an agreement with FC Botoșani for the transfer of Aristeidis Soiledis, who signed a one year contract.

Our club welcomes him and wishes him Good Luck in the red and blue shirt!

Below you can read the first statement of Aris as a FCSB player, exclusively for www.fcsb.ro:

”I am very happy that I signed with the biggest club in Romania and I want to reward the confidence the club had in me and to prove the management that I was the right choice. It is a very big step in my career and, definitely, a good opportunity for me to reach the national team of Greece”

Aristeidis Soiledis was born on February 8th 1991, in Thiva (Greece) and started playing football for AO Thiva. Between 2009 and 2011, he had a contract with Greek giants Olympiacos FC, but he was mostly loaned to OFI Creta and APO Levadiakos during that period. In July 2011, he signed with Doxa Dramas, where he spent two years, then he got transferred to Niki Volou, AEK Atena, Omonia Nicosia and AOK Kerkyra. In the summer of 2018, he signed with FC Botoșani, for whom he played 24 games.