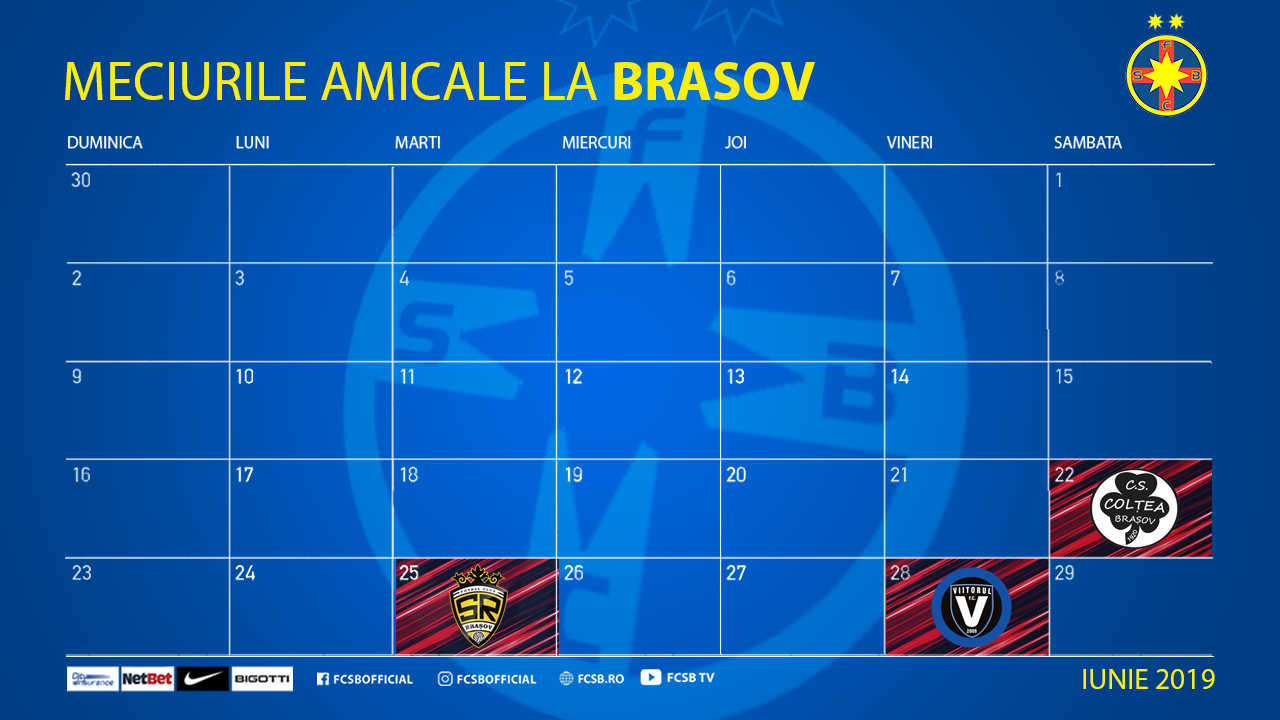 FCSB will start preparation for the following season next week. Our players will get the medical check on Tuesday morning and they will train starting Wednesday morning at FCSB Training Centre.

Our team will go to a training camp in Brașov between June 17th and June 29th, where they will be accomodated at Lux Divina Hotel and train on Forex and Metrom pitches.

The game schedule is the following:

The pitches for the games against CS Colțea 1920 Brașov and FC Viitorul will be confirmed soon.