Shirak is the first opponent! 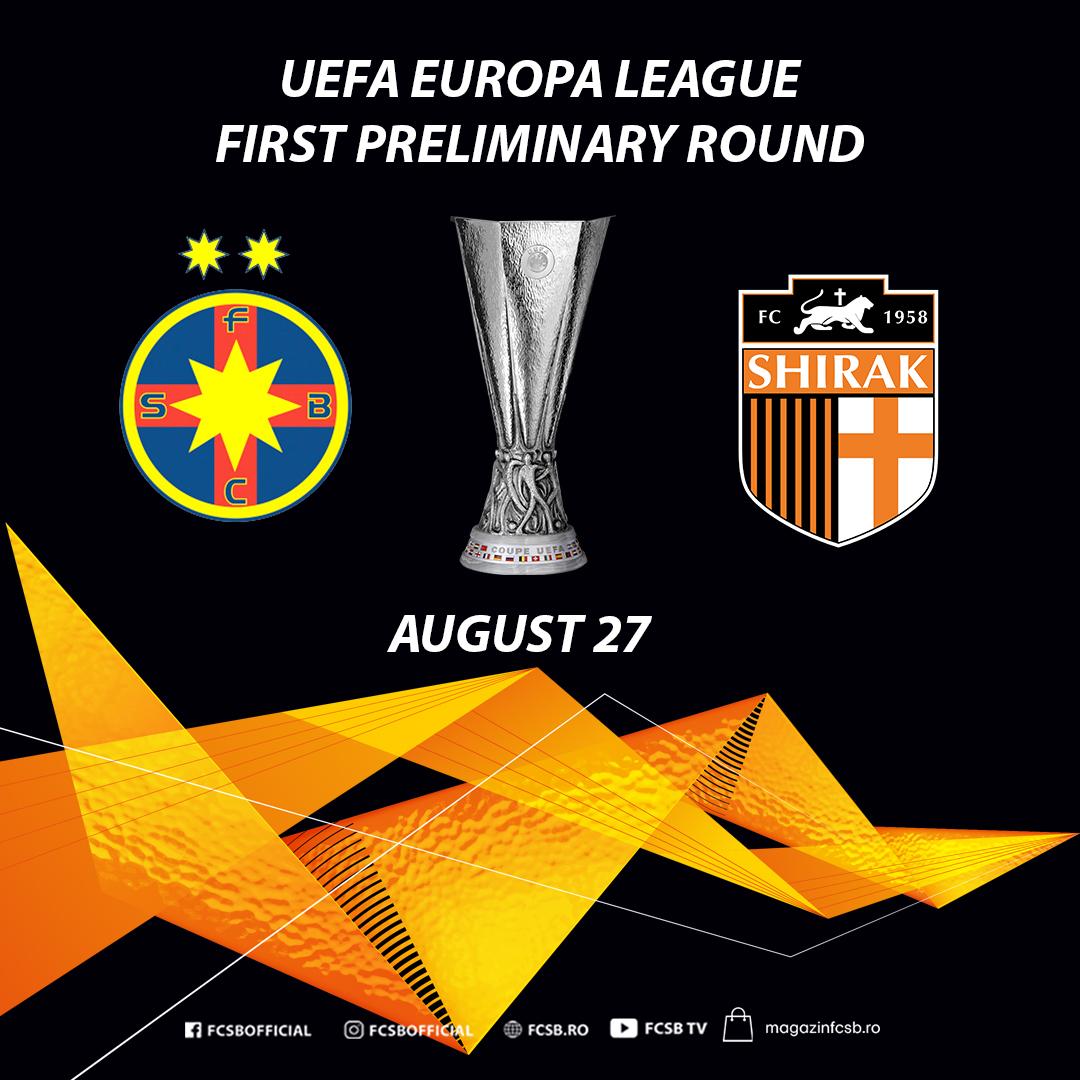 FCSB will play Shirak SC from Armenia, in the first preliminary round of the UEFA Europa League 2020-2021 season. The game will be held on our National Arena, on August 27th. The exact hour of the game will be communicated in due time.

Shirak SC Gyumri is an Armenian club founded in 1658 and is the only one in the country to have played all the first league seasons since the new format was adopted in 1992. The club holds 11 Championship titles, 2 Armenian Cups and 5 Armenian Supercups.