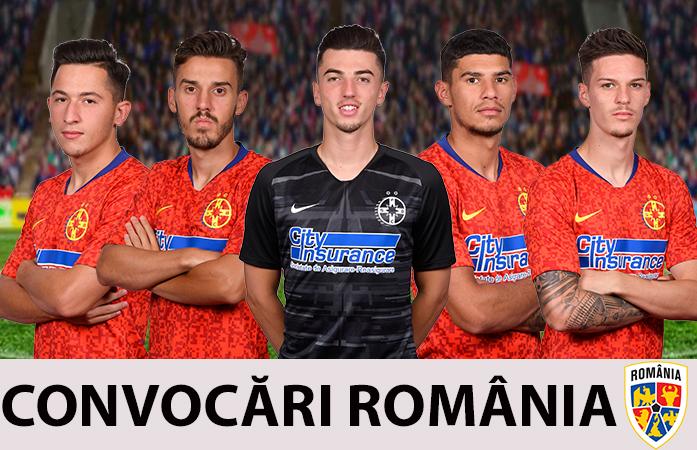 Five of FCSB's players were called up for the Romanian A and U21 teams, that will play in the preliminary rounds of EURO 2020 and EURO 2021 this October.

Florinel Coman could play his first match for Romania against Faroe Islands or Norway, in the preliminaries of EURO 2020, that are to be played in Torshavn (October 12, 19:00) and on the National Arena in Bucharest (October 15, 21:45).

FCSB wishes all five international players Good luck in the games to come!