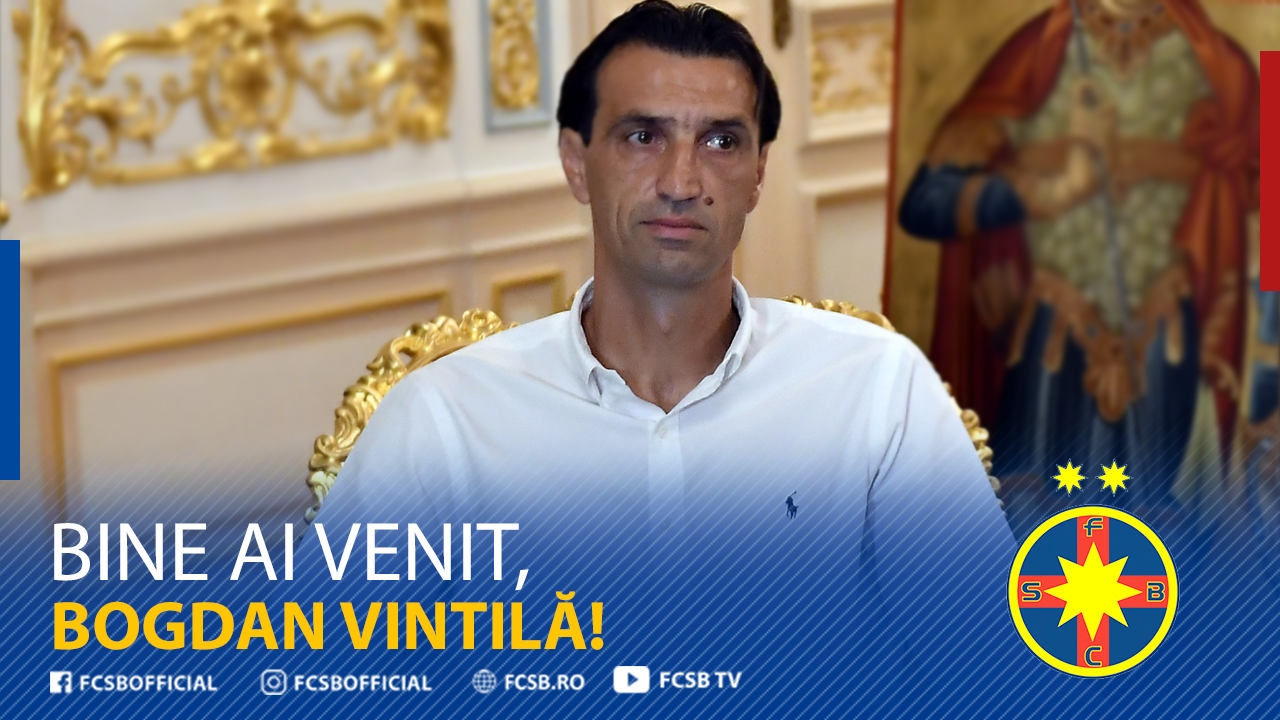 FCSB hereby announces that the new Head Coach of our team is Bogdan Vintilă.

The 47 years old coach has already conducted his first training and his staff will be made up by the following: Vergil Andronache (assistant coach), Dacian Nastai (video analyst), Marius Dima (fitness coach) and Marius Popa (goalkeeping coach).

Our club welcomes him and wishes him Good Luck!

Bogdan Argeș Vintilă was born on February 27th 1972, in Bucharest and played as a goalkeeper. As a youth player, he was raised by Metalul Bucharest and Steaua Bucharest, but he made his debut as a senior for FC Argeș Pitești, where he played for three times (1993-1995, 1996-1999 and 2005-2007). He also had a short spell at Rapid Bucharest and, between 2000 and 2003 he defended the shirt of FC Național. In the 2003-2004 season, he played for Turkish side Bursaspor, under Gheorghe Hagi's command and he finished playing football at Concordia Chiajna, where he spent two years, between 2007 and 2009. Also, he appeared in 5 matches for the National Team of Romania in 2002.