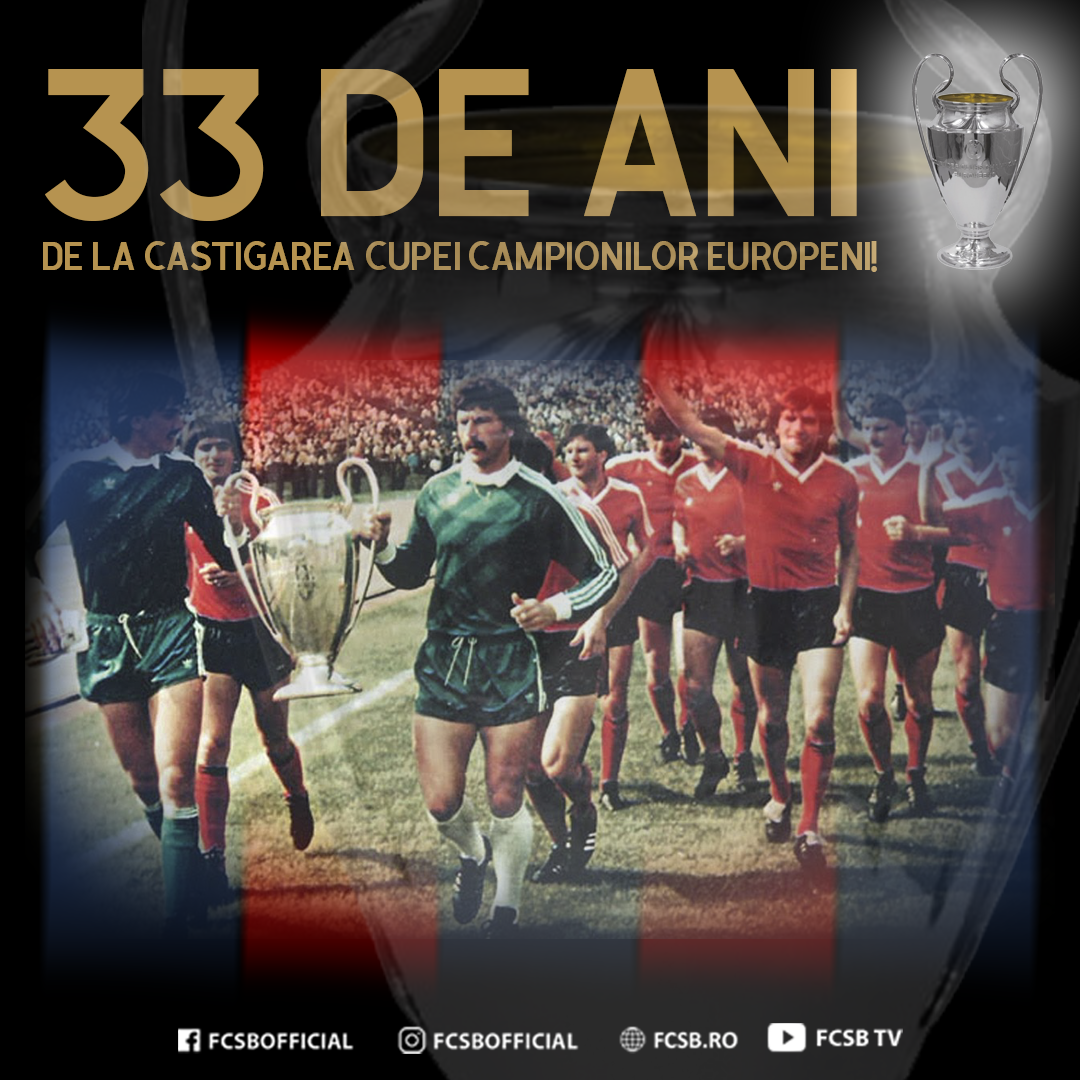 Today we celebrate 33 years from the most glorious day in the history of Romanian football.

On that day, on Ramón Sánchez Pizjuán Stadium, Steaua Bucharest became a part of world football history by becoming the first East European club to win the most wanted trophy, the UEFA Champions League, in a final against FC Barcelona.

Hereby FCSB would like to pay homage and thanks to the great players of Steaua in that time for their immense contribution for the development of Romanian football!